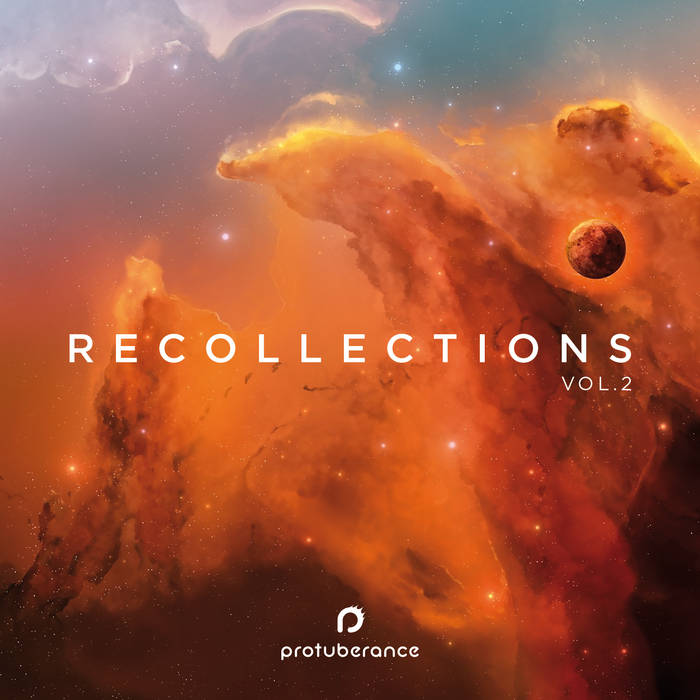 A follow-up to his Dec’2014 “Recollections” album on Mahorka, the mini-album “Recollections – part 2”, comprises of compiled Protuberance musical creations that were produced mostly throughout 2015. What has been recollected, as with the first part, is selected and specifically created for the release abstract atmospheric sound sculptures that combine yet more different variety of electronic music approaches and influences and more exclusive collaborations.

The opening track “I am Protuberance” is also, as the name suggests, a statement, a logotype and a highlight not only of this release, but also for the project as a whole, representing his unique way of combining clean techno-breaks, deep and hypnotizing ambient pads and a sprinkle of what can only be called IDM within this huge trademark sound of his. Integral part of the cosmic composition are also field recordings from natural environments (in this case - by the lake) and sampled voice recordings, also Protuberance trademarks. The out of this world track is repainted by rės, who takes us on a journey to yet another, parallel, world. The “M Class Solar Flare A” remix has the deeply beautiful classic quality IDM sound and carefully crafted warm analog patterns, that make it appear like a gem found on the B-side of some old vinyl and totally out of tune with the contemporary plastics.

The release also features Protuberance collaborating with the young guitarist BlackpicK. Over selected moments from live-recorded guitar improvisations two very different cosmic trips through the world of abstract electronica were built. “Sun eclipse”, the producer admits, is hugely influenced by the biomechanical rhythm structures of Autechre from the 90s with some lush synths and New York street field recordings. On the other hand, we have the rhythm-less “Higgs particle” incorporating the live guitar and snippets from a physics lecture into an ether of deep pads and synthetic noise. BlackpicK is Tsenko Ivanov, 22 years old by the time of the recordings and these two collaborations on „Recollections – part 2” are his debut on an “official” release. As for Protuberance – this is the first time he works with a live musician and has the opportunity to record and manipulate electronic guitars.

The “Protuberance space chill remix” of MO.’s “Foe Foe” was exclusively done for Mahorka some time ago and just might be the first glimpse of another special remix EP to come. For now, it naturally came as the endpoint of the “Recollections – part 2” cosmic journey, where we’re taken back not only to Earth orbit, but also over Bulgaria, before we land with the perfect album closing.