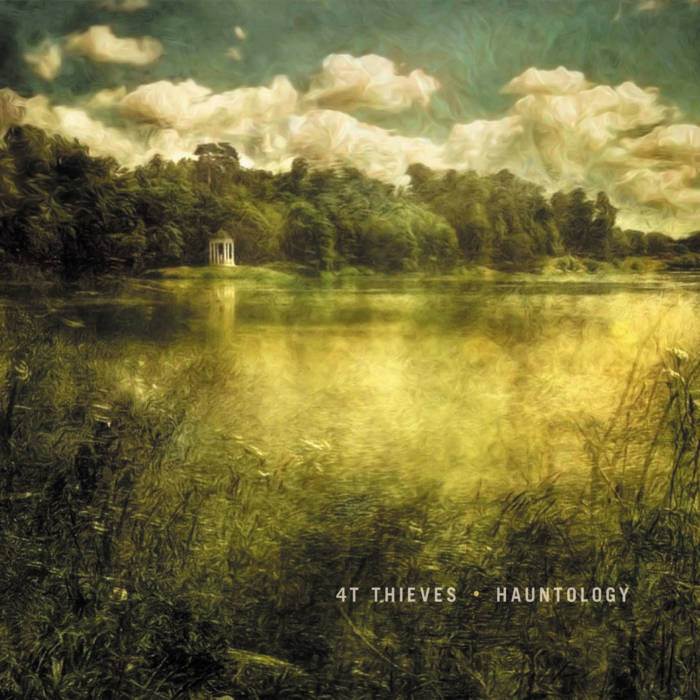 Letters From Mouse Loving this release from 4T Thieves, class throughout, absolutely does what it says on the tin. Favorite track: Echo Lake.

"I’ve let this sink in for several weeks, and I’m glad I did. One road-trip up the Central Coast, several commutes to and from work, a recent 5-hr flight from the West and East coasts, and sporadic listenings when the time was just right—and one thing is certain: 4T Thieves’ (aka Kahvi head hauntologist) gives a nod to the Sandison and Eoin brothers in a very complimentary way. Taking cues from genuine feel-good and sun-soaked downbeat electronica strains (ie. “Orange Sunshine) to heavy bass acrobatics like the fantastic “Aquaverde”—Hauntology is an intense sonic smorgasbord.

From synthesizer squiggles featured on “Tessellations (The Synth)” to the magnetic ambient drifts and nostalgic flute sounds of “Daytime Astronomy,” each track is carefully woven to reveal its hidden melodic moments. Bells and slight whistles, eroded drums, and Cub Scout lessons about what to do in case of the Atom Bomb (ie. “Past Inside The Present”) are downbeat perfection. Tracks like “Still Life” crumple, decompose, and utterly engage the listener with memories recovered from yesteryear—meant to be played in a continuous loop, it doesn’t lose its emotional spark and fragile texture. Sculptures of sound like “Echo Lake” present stripped down (Deru-styled) hip-hop in the most tranquilized vein, ultimately tapering away as the sun begins to set on the horizon. The aptly titled “Painting With Light” sets out to explore atmospheric pressure as it connects minimal soundscapes and effervescent drones along the way. The aura surrounding “Lost Futures” is simply mind expanding—its minuscule melodies ebb and flow while a hypnotic 4/4 beat pushes forward. There are many crevasses to fall into, especially on the kaleidoscopic rhythm of “Summer Breeze and Autumn Leaves” (see video premiere)—4T Thieves once again masterfully ages this track with a subliminally vintage groove.

Hauntology raises the bar for BoC-inspired tunes, exploring atomic Weaponeering, and takes us out of the realm of kilotons into the fantastic world of megatons with ease and control. Ranked high in our Best Of 2019 list, Hauntology is aged to sonic perfection."